Girl Board Gamers where are you? I know you are out there somewhere....I can not find you.....

Since childhood I have been a girl who loves a good game.  Video games, board games and card games alike were frequently found in our house.  All guests were given the option of which to play.  I have been very lucky to have a family who loved and played games as much as I do.  My sister loves strategy games and is a killer at Shanghai, a card game....down and out she goes.  My brother comes up with more adjectives in combination like no one can imagine in Scattergories.  Mom-the leader of the gamer movement in our house-still squeals when playing any of the Zelda games.  Dad comes up with some of the most creative answers in any trivia game.  We have had more fun than I can convey to anyone outside that bubble.

Fast forward several years.  I get married to a man who did not have the same gaming background as I did.  He loves Xbox and is ok with Nintendo. MMORPGs were very popular with him but board games were not part of his repertoire.   Poor man did not know what he was getting into.  He was quickly brought into the bubble and a card gamer and table top gamer was discovered.  I think he always had the love but it was just dormant.  He soon discovered Wil Wheaton's TableTop and now we have more games in our house than I could have ever imagined.  I am so proud.  We have card games and board games alike.  We are a bit limited though.  Our gamer group gets together weekly but most of the time it is just me and my husband so we like something that can be played with only two players.

Over the last year or so we have met some friends who like gaming as much as I do.  I have taken notice that I am the only girl in any of our gamer groups.  I need more girls.  Where are they?  We have gone to several game stores with game rooms and I will always see dozens of boys but only one or two girls.  The game room at DragonCon is kind of sad.  The gender split seems to be 80% male and 20% female or at times much worse. I have been to other cons and the game rooms there is about the same or maybe a bit better.  Hummph.  Perhaps the gender discrepancy is due to lack of knowledge.  When I was a kid the only gaming I knew outside my house was the chess club and Dungeons and Dragons.  If you played either of those you were the only girl and a social pariah to the world of catty bitches.  I was too much of a chicken growing up to do that. 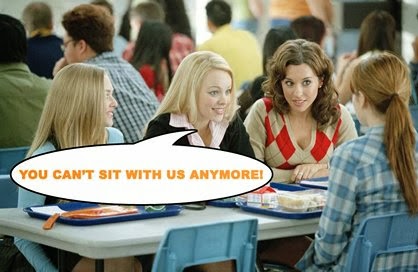 Maybe that same fear is around in the girls today or maybe they simply do not know the greatness of gaming.  Perhaps it is all of the boys with this myth of girl gamers in their head and they run off all of the girls??? Who knows?? Girls are not wimps and we can kick ass at any game we put our mind to playing.  I just have to find the girls.  I know that I would LOVE to not be the only female around and I love to kick any male butt who think..."she is just a girl".  I want more girls to team up with and tag-team these wimpy guys who can be out done by blinking eyelashes and a quick strike.   With Felicia Day leading the way I hope other girls and now women become less abashed and learn to let their gamer flag fly.  Maybe in coming generations there will be less of a gender split and the girls will rise and demolish these myths about girl gamers all together.

Much love to all of the gamer girls out there....gamers of all kinds and specialties...much love and more power to us for blazing the trail for future generations of gamer girls to come.
Posted by Anoria at 7:22 PM