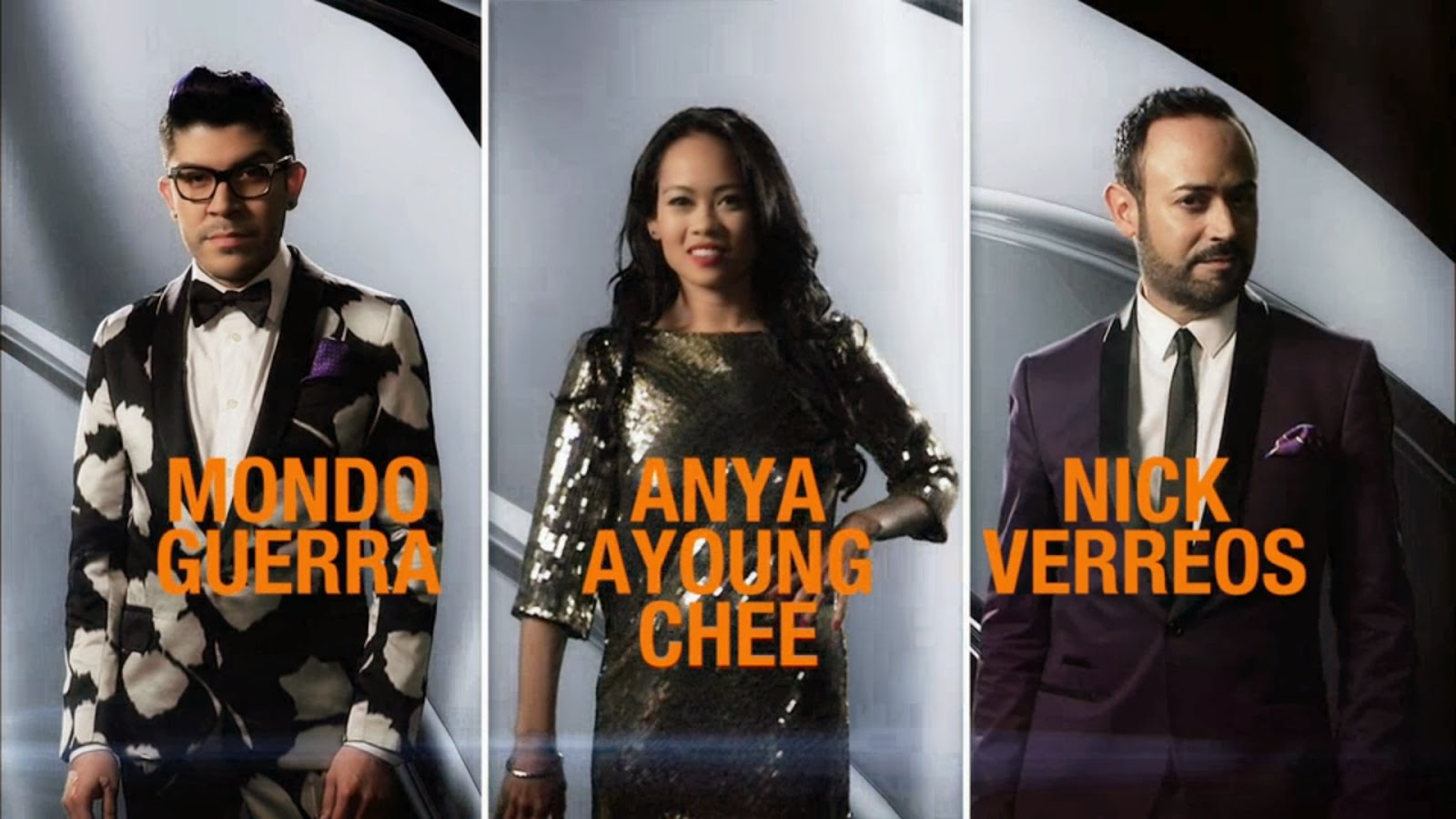 Tonight on Project Runway: Under the Gunn I was appalled by the behavior of the designers and of two of the mentors, Mondo Guerra and Anya Ayoung-Chee.  The beginning of the episode was Natalia feeling beaten down by the attitude the other designers are giving her.  They have made it very clear that she does not belong there.  I know reality tv is edited to give you the results and make ratings, but wow.  So many of the designers were awful to her face and behind her back both....bullying anyone?

Once we get to the runway with the guest judge Macklemore, the results go as follows:

During the judging Anya and Mondo told Nick that Natalia does not belong here and she should have gone week one.  Nick stands by Natalia and defends her stating how much she has grown and the judges see something in her and therefore she stays there.

After elimination Anya and Mondo act like petulant children and ask the Judges why they would keep Natalia over Michelle (who made a convertable potato sack).  The judges told them they like Natalias' innovation and creativity (she made a cowl neck convert into a purse).

I have been a big fan of Project Runway since season 1.  I have been a fan of Mondo and a fan of Anyas.  After today, I am so put off by both of them I can not even stand it.  The behavior they have shown makes me sick.  They are supposed to be mentors.  To me, that means that they are to be looked up to by the other designers.  All of them, no matter of the team.  I would think they would show a positive attitude to all of the designers no matter whose team they are on.  Alas, they are bullies picking on Natalia for whatever reason.

I hope Natalia and Oscar go out being the top two designers.  I am embarrassed to say I was once a Mondo and Anya fan.  I wonder how Tim sees this.


ADDENDUM:  Please see a response from Mondo on the next blog.