I have meant to watch this show forever but my plate is really full of reality tv.  Face/Off is on SyFy on Tuesdays 9/8C.  Currently airing is season 6.  I was changing channels and saw that I knew(ish) someone that was on the current season.  Matt Silva from Penny Dreadful Productions in Atlanta is on this season and that is why I made an effort to watch.  He is also in the documentary Four Days at Dragon*Con.  Check both out...well worth the effort.

While watching and rooting for Matt I found that this show is way more awesome than I thought it was going to be.  WOW this show is crazy cool.  The imagination that goes into one challenge in such a short period of time is fascinating.  I can not believe how fast the artists come up with these creatures let alone make them.  There is talent in the manufacturing of these costumes and makeup.  That being said, I think the most awesome part is the unfathomable imagination in coming up with these characters.  The models/actors do an amazing job bringing them to life.  For all of us sci-fi nerds out there this is a wonderful show and it is educational at that.  Good luck to all of the contestants! 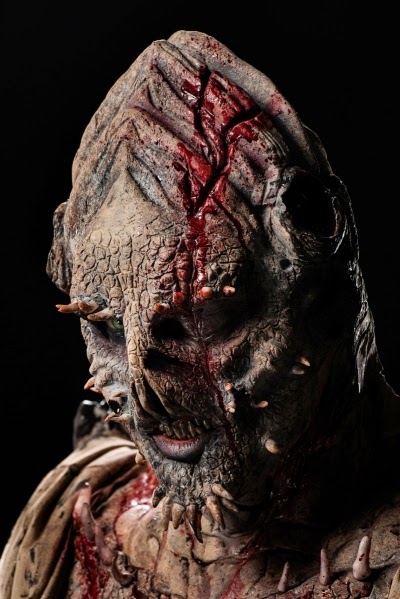