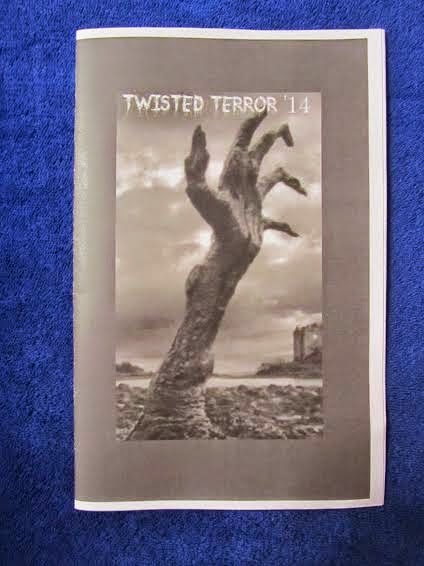 This weekend I went to a first ever convention in Sacramento, California.  Twisted Terror Con.  There was not a lot to this con.  There was one merchandise or vendor room that also housed some celebrities and one room that played random horror movies.  That is it.  Nothing else.  Here is a breakdown of my experience:

Saturday 10 am  Check-in at the Con
The check-in desk did not have any list of names for the people who had pre-paid.  I had purchased a VIP pass and they did not even ask for my name or ID to show that I had purchased.  They just gave me a badge and off I went.

Saturday 10:15 The Vendor or Merch Room
There were a lot of vendors that were not really set up yet but the celebrities were there and were happy to have us.  The vendors that were there and ready were fun and different from other Cons...more gothic and horror related.  As for the celebrities, there were some folks worth mentioning:
Sean Whalen, Nicholas Brendon, Josh Stewart, Jim O'Rear, Michael Berryman, Tyler Mane and Tony Moran Erin Gray and Gil Gerard.  There were others but these are the bigger names. 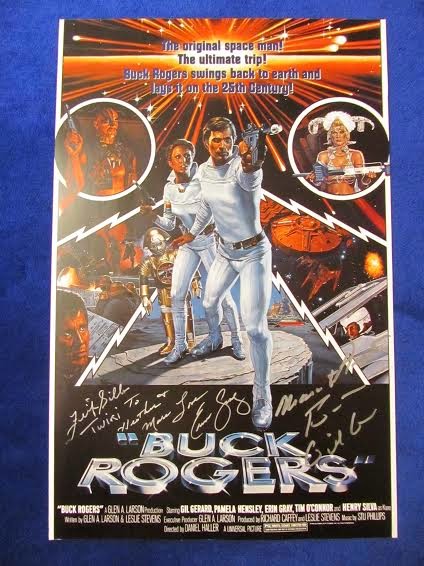 I met with Gil Gerard, Buck Rogers.  WOW what a charismatic and fun guy.  Totally cool, if you get a chance to stop by a table at a con with him it is well worth your time.  I then went across the room and saw Erin Gray.  Classy, classy lady.  Did you know not only was she Wilma Deering on Buck Rogers, she is all over the place and can be found in Silver Spoons and episodes of The Guild?  While talking to her  I found out she is the agent for several actors including Felicia Day.  Very cool lady.  Same as with Gil, I recommend taking the time to stop by and take a moment to have your picture taken or get an autograph.  I have to say I am kind of confused at the pattern of the room.  Gil and Erin, best known for Buck Rogers were not on the same side of the room.  There were two groups from the Walking Dead and they were no where near each other either.  Odd.

11:00 Movie room  (I might be generous...we might have been out of the merch hall by 10:30).
We have finished the vendor hall and decided to watch some of the horror shorts.  The tech was set up well with no issues and we watched 4 shorts that were less than 20 minutes each.  The best was by far a short called Found.  The movie was about a group of people and a school called the Found Footage Institute.  It was great.

12:30 There was nothing else to do.  We and some friends left the hotel and went to a comic book store for the rest of the afternoon.

So all in all, there was nothing going on here.  We bought a poster from Gil Gerard which we had him and Erin Gray sign.  Well worth the money to go and meet these awesome folks, as for the money to get into the con... not so much.  There was NOTHING other than the viewing room and dealers room.  No panels, no anything.  There was so much potential and I feel kind of let down.  We had a great time with friends playing games and Keith, the hotel bartender was awesome.  Hopefully next year they will have more going on.