Big Brother Battle of the Block 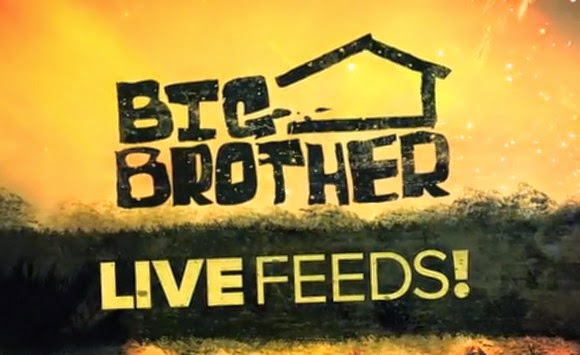 This week's two Heads of Household are Nicole and Derrick.  Derrick who thinks he is one of the greatest minds in BB and Nicole who wants nothing more than to hide under the radar.  Nicole and Derrick talk about their nominations and know for sure Nicole will put up Amber and Derrick will put up Jocasta.  They think these two will cause the least amount of waves.  The last two are the ones in question.  In the midst of these deliberations Big Brother shows that the night before the last eviction Devin goes to Donny, Jocasta and Brittany and spills the beans on the Bomb Squad.  After Nicole wins her HoH Christine tells her about the Bomb Squad also.

Derrick approaches Caleb and tells him about Nicole and her nominating Amber and asks what Caleb is going to do.  Like Derrick and Nicole thought Caleb offered to go up so he could throw the Battle of the Block competition and Amber can be safe.  There is Derricks' second nominee and now to Nicoles'.  The morning of nominations Nicole calls Donny aside and Nicole tells him in confidence of the plan with Caleb to throw the competition.kind of asks his opinion.  He throws out Christine......DURRRRH Donny, do you not see how close Nicole is with Christine?!?!?!?  When the conversation is over, Nicole is still unsure of her second nominee.  Donny goes downstairs and tells Jocasta and Brittany.  Donny is so worried about the Bomb Squad that he is all about getting anyone in that group of eight out.  Later that day, Amber tells Nicole that she heard Donny telling Jocasta and Brittany of the plan for Caleb to throw the comp.  UGGG Now Nicole knows about Donny and feels betrayed.

Derrick and Nicole open eggs and Nicole won the first pick of nominations.  Nicole nominates Donny and Amber.  Derrick chose Caleb and Jocasta  and in his nomination speech told everyone Caleb volunteered to save Amber.

Big Brother shows us what TeamAmerica is up to.  The first task has been assigned.  The team is to start a rumor that one of the house guests are related to a house guest of a previous season.  They have to make the entire house spread this rumor around for it to count.  They have chosen Zach to be related to Amanda from last season.  They are both from the same area in south Florida.  They will use Paola as a scapegoat.  They will say that Paola whispered this information about Zach to Donny on her way out.

Now to the nomination ceremony.  Nicole goes first and the only ones the seem shocked are Jocasta and Donny.  Nicole and Donny talk it out and he asks her if she said not to tell anyone and she thought it was implied but since she did not call it out he told.  Lots of tears from both but it seems hashed out now.

The Battle of the block is hosted by Brittany.  The competitors are wizards.  Each duo is attached together at the waist.  One player runs to a barrel of puzzle pieces this causes the other pair to be lifted in the air against a wall.  They run back to their partner and hand over the pieces.  As they run back to their partner the slack in the rope brings the partner back to ground.  The player against the wall is then lifted in the  air as the second partner runs back for another piece.  The runners were Caleb and Donny and the liftees were Jocasta and Amber.  Even thought Caleb said he was throwing it, the two ladies were terrible and could not do a puzzle to save their life.  In the end Donny and Amber were victorious.    We shall see how this plays out with veto now.  On a personal note I think this is a great opportunity to get rid of a strong and well liked player but we shall see what the house guests think later in the week.
Posted by Anoria at 10:57 PM