Arya
Good Lord this young gal is a BADASS.  She makes her way to Bravos and goes to the House of Black and White and asks for Jaqen H'ghar.  Per the wizend older gentleman who answered the door, there was no one there by that name.  She sat on the front steps through a rain storm and still no one would let her in.  She had no where else to go so she waited.   After a time when no one would let her in, she threw the coin Jaqen gave to her into the Bravos bay and left the island.  Later in the episode she was walking through the streets of Bravos and there were three fellas who wanted her sword.  She gets into her water dancer stance and then the gentleman from the House of Black and White walks behind her and it scares off the would be robbers.  She then follows him to the island and it turns out that the old man is Jaqen and he does not have a name.  I am so excited for what is yet to come for Arya.  There are moments with her that make me think of Jon.  I suppose that is planned but it is still nice to see. 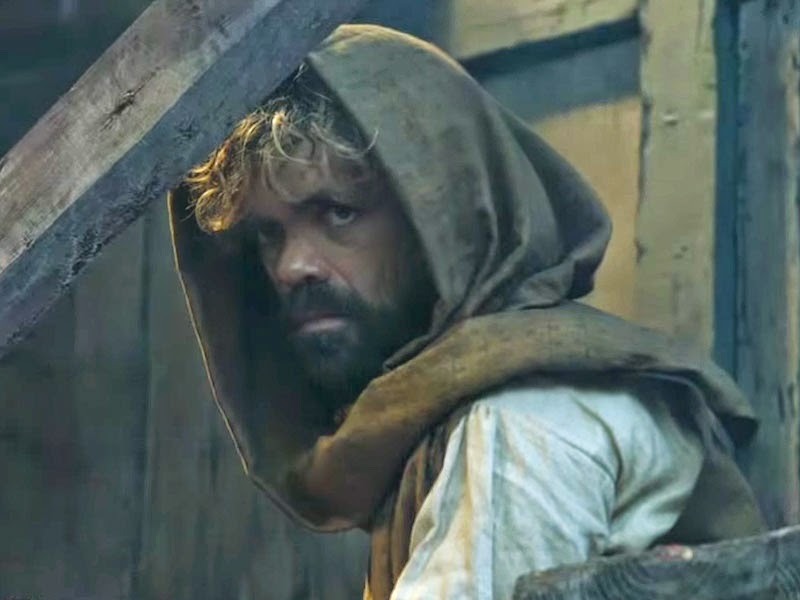 Tyrion
Varys and Tyrion are now on a boat headded in the direction of Meereen to find Daenerys.  There is a long deep discussion about being trapped in a situation and Tyrion trapped in the box.  Nothing really new here just a follow up on last week.  There is not alot going on here but what is left to the imagination.  I am imagining he will help teach Daenerys how to be queen.

Jamie and Cersi
Cersi the bitch is ugly to Jamie as they discuss Myrcella and what to do.  Cersi received a serpent in a box and told Jamie it was a threat from Dorne.  Cersi is so ugly to him and I do not understand why.  Just a bitch I guess.  Jamie leaves and goes to Bronn to try and enlist his help to get Myrcella back from Dorne.  Some humters bring Cersi what they think is Tyrions head.  It is not.  She then has a talk with the small council and everyone volunteers to be the new Hand of the King.  Cersi gives it to Qyburn who is the Maester who was stripped of his chain.  Cersi's uncle Kevan states that he is not going to be her little puppet and if Tommen, the King, wants his assistance then the King can ask for it himself.  He then leaves the small council.  I can NOT wait for what is yet to happen to Cersi.  This has been 4 seasons and still no retribution for Ned.  Also, will it ever get through her head that all of her nightmares are because she let Joffrey kill Ned?   Or maybe, just maybe it is because she helped kill her husband the king?  Bitch.


Jon
Jon is at the wall talking with Stanis who is pretty pissed that he shot Manse.  Oh well.  Then we find out there is to be the election of the new Lord Commander.  They expect that Allister Thorne will be the new leader.  Stanis wants Jon to take the knee and give him the north.  In repayment for the fealty, he will give Jon the name Stark and return him to Winterfell.  Jon has wanted to be a Stark for all of his life and tells Sam this.  During the election process, Janos Slint (the guy who was cowering with Gilly during the battle) stands up and declares how awesome Thorne is.   Sam finally speaks up and talks about how Slint was cowering with Gilly and how Jon would make the better leader of the Watch.  Jon is not terribly pleased.  It comes down to a tie with Maester Aemon yet to vote.  He votes for Jon.   Jon Snow is the new leader and lord Commander of the Knights Watch.  WOO HOO Jon. 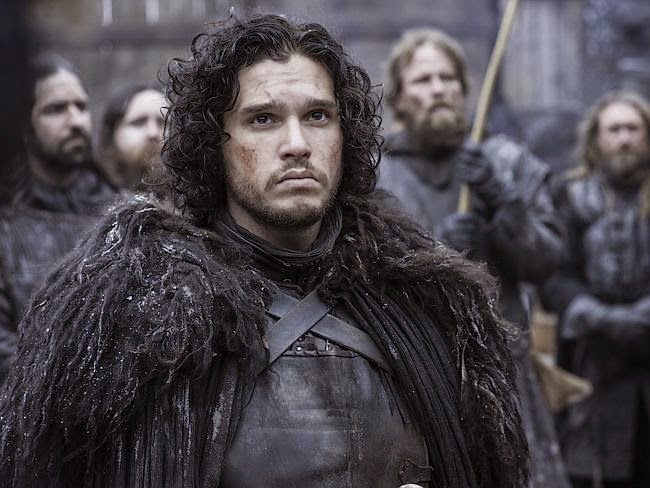 Not a lot of action this episode.  This was more of a moving the pieces around the board to get them in place for the right move kind of episode.  I EAGERLY await the next moves.