The Season Finale of The Flash 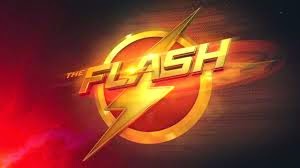 This was a GREAT Season Finale...Beware there will be Spoilers.

A few episodes ago Eddie Thawne was kidnapped by Wells/Eobart Thawne/Reverse Flash.  From that moment Wells started the mind games on Eddie telling Eddie that he was a long distant ancestor (of Wells/Thawne/Reverse Flash) and that Eddie was the dissapointment of the family.  Random other rude comments came including info (true or false) that Barry married Iris and not Eddie.
Once I found out that Eddie was an ancestor, I thought well, shit, then if we kill Eddie, then none of this would ever happen.  No Eobard Thawne, then the whole story changes....then I realized there were 2 episodes left so I had to be off base.

Skip to the finale where Eddie has been found and has broken it off with Iris.  Eddie has a conversation with Dr. Martin Stein in which Stein tells Eddie how he (Eddie) is the one thing that all of science can not calculate, coincidence.  Why did Wells come back to this time and place where his ancestor was?  Coincidence?  I think not.  It is about this time that my friend said out loud that OHHHH, Barry is going to go back in time and save his Mom, Instead of his Mom dying, it will be his Dad.  UGG this made me think of this till the end of the episode.

When Eddie died, I thought HA, I knew it.  The cliff hanger end was great.  My problem came moments even hours and days later.  People were sooooo off put that Eddie died.  These are some of my nerdiest friends.  I said how did you not see that as a possibility?  You are smarter than that.  My friends were offended that I would even think of it.  BAH!  I got confirmation from another source, my friend, Gary (thanks Gary!) that I was not out of my mind to not be up in arms about his death.

I will state I do not know the comics and if this was a huge deviation from the comics, fine.  For those friends of mine who have not read the comics, then it should not have been that big of a shock. Besides, per all of the comic book shows this year, dead is not always dead and there are always cameo flash backs.  Besides, this is the Flash, he has traveled more time than Marty McFly at this point, so who knows, he might change time back.  ANNND, the singularity might be up to some more mischief.