The episode begins with Melisandre-The Red Witch and ohhh she is not a true servant of the lord of light as she says she is.  The camp she is staying in suddenly catches fire.  Ramsay's men rode into their camp and lit fire to the food and stores of the army of Stanis.  Stanis and Davos have a discussion and well....humm it seems like Stanis is thinking about the Red Priestesses proposal about Shireen.  Stanis sends Davos to the wall with a message stating Stanis needs more food and horses.  Davos tries to stay by his side but Stanis will have none of it.  Davos then goes to Shireen and gives her a hand carved wooden stag and thanks her for teaching him to read.  Davos promises to bring a doe so the stag will have company.

After a brief conversation with Shireen, Stanis fucks up big time.  Hells bells.  Stanis burns Shireen at the stake.  What an asshole.  People are going to hear about this and think he is fucking crazy and he is next on some peoples shit list.  People should not follow him.  The only redeeming thing that happened is that Shireen's cray cray mom Celise tried-although feebly-to stop it.  Too little too late, Bitch.  I can not wait until Davos hears about this.  I am 100% sure he is not going to stand by idly.  Perhaps he will join up with the watch since Stanis sent him to the wall. I know and I am sure Davos will know too, that Stanis sent him away so that Davos was not there to try and stop this and save Shireen.  FUCKING STANIS! 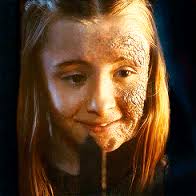 Jon returns to the wall with all of the wildlings and for a moment I think there is a time when Alliser Thorne, current highest rank at Castle Black delays opening the gate making us think that he will not.  In the end, he opens up and tells Jon he has a good heart and it will get them all killed.

Jamie is welcomed as a guest by Prince Doran of Dorne.  Doran does not want war with King's Landing and even toasts Tommen.  Jamie tells him of the threat on Myrcella's life and Myrcella tells him that her necklace was stolen from her room.  He agrees to send her and Prince Trystane to King's Landing as long as the Prince is on the small council.  Jamie agrees.  Bron is set free.  Ellaria-lover of the deceased Prince Oberyn and mother of the Sand Snakes is openly disdainful of the plan to send Myrcella, Jamie, and Trystane to King's Landing.  When in private Doran tells her he believes in second chances but not third.   She either shows him allegiance or dies.  She sobs as she kisses his ring.  This happens in front of the Sand Snakes.  Ellaria then has a conversation with Jamie letting him know she knows his love for Cersei. She talks of love and how times change rules.  The only thing that is the does not change is that we love who we love.  She also tells him she knows Myrcella is innocent of what happened to Oberyn and perhaps Jamie is as well.

Mase Tyrell is now in Bravos.  He is the envoy from King's Landing to the Iron Bank.  Mase is a bit dense and is making a complete of a fool of himself.  It is kind of embarrassing, really.   This is when Arya sees Ser Meryn Trant, a man who betrayed her father in King's Landing and is on her list of to kill.

Arya was sent out by Jaqen to kill the thin man from last episode and she is on her way to do so when she sees Meryn Trant.  Instead of killing the thin man, she follows Meryn Trant and watches him go into a brothel.  She listens to him bash the Tyrells and how they wanted to put Renly on the throne.  Sicko that he is, Meryn Trant wants a prepubescent girl and then once he is done with her he will want another for tomorrow.  Sicko.  I think Maryn either recognizes Arya or, he thinks she is the right age for what he wants.  Arya returns to Jaqen and tells him the thin man was not hungry and therefore she could no poison him.  She will try again tomorrow.  HMMM I hope she gets the chance to kill Trant.  At least she can do one on her list.  I doubt it will happen but I hope it does.

Daenerys is now witness to the fighting pits.  She is not thrilled about it but she is there none the less.  She is there with Daario Naharis, Hizdahr zo Loraq-her betrothed-Tyrion and Missandei.  Jorah is there fighting in the pits and when he wins his duel he throws a spear into the tent where Dany is.  He kills one of the Sons of the Harpy.  There are simply hundreds of them.  They are killing the people in the stands and are trying to get to  Dany.  Hizdahr is stabbed in the fighting, status unknown.  The rest of the party is surrounded until Drogon comes and makes a BBQ of the Harpy.  They are throwing spears at him.  It is at that time that Dany looks into his eyes, rubs his snout and decides to climb on an they fly off.  You see her party staring at them in air in total awe.  END OF EPISODE.

Previews for next week:
Dany's entourage sitting on the steps of Meereen.
Cersei crying.
Sansa saying if she is going to die she is going to do it while there is some of her left.
Jon at the wall making a heavy decision.
Melisandre stating the Lord of Light has delivered on his promise and Stanis stating the siege will begin at sunrise.
Arya talking to the faces in the House of Black and White repeating: you are no one.
Brienne and Pod looking like they are about to lay siege to Winterfell.


Impressions
Ser Meryn Trant is a sicko.
Stanis is a crazy piece of shit who thinks being King (of which he is not the rightful heir) is more important than his own daughter.
Jon and those at the wall are a force to be reckoned with.  Dany and Drogon are hell on wheels.
There is too much story left to wait another 9 months!

I WILL NEVER FORGIVE STANIS