At my first Dragon Con I knew that this was the place for my Mom.  There were so many authors here and her passion is reading and writing.  When I got home from year one, I groveled, begged and called in any favor I could get so that she would come.  Finally after months of groveling she said she would come.  YAYAYAY!  Mom lived in Fort Worth, TX at the time and so it is a pretty quick flight.   Mom thought she should be prepared so she printed out the zillion page PDF of the schedule and attached it to a clipboard.  She was going to study what she wanted to do on the flight.  On her flight the person she was sitting next to was also going to Dragon Con and they chatted the whole way.

I met Mom in the check-in line of the Hilton where she was once again talking to someone.  She is amazing.  I had already picked up her badge so we dropped her things off in her room and hit the ground running.  I wanted to make sure she was having a good time and not alone.  There were many things that we wanted to do together and others not so much so.  She did her thing and I did mine.  After check-in we encountered Mildred and then went and had lunch.  At one point Mom decided to take a nap.  Mom is not as spry as she used to be (bad knees).  Instead of napping I bumped into her sitting on the floor of the Westin.  I about fainted.  It had been probably 10 years since I saw my mother sit on a floor.  HOLY COW!

The incident at the Westin was not the only time she 'fibbed'.  I bumped into her more than once in Peachtree Center when she said she was napping.  LOLOL She was so cute.
Mom met authors, actors and even paid a zillion dollars for some autographs on the Walk of Fame.  She bumped into William Shatner and thought he was a bit of a jerk.  She met Terry Brooks and was enchanted.  She bought a tee-shirt.  Mom, in a tee-shirt...now way...but she did it.

Mom swears she had a great time and I truly hope she did.  I had a blast with her.  It was so good to be able to share this part of my life with her and I hope she will be able to come back again soon. 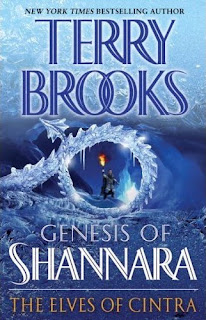