I mentioned Mildred a few days ago and I thought I would tell you about her.  I have come across Mildred over several years and this story spans several years.  I first spotted and noticed Mildred my first year at the con.  Mildred is probably in her late 30s and has a pretty cool streak of gray in her hair.  I first noticed Mildred attending many of the same panels as I did and saw her in the food court, common areas, lines, etc.  I do not know her real name because if she spoke during panels it was kind of off topic and I was kind of weirded out by her, to be honest.

My second year at con I took my Mom (more back story on that later).  My Mom and I got in a really long line-thank goodness we were close-ish to the front.  We were in some shade in the Hyatt courtyard waiting for Regency V.  After awhile in this line we kept directing people to go behind us and, yes, this was a panel for so and so.  At one point, I left Mom in line to go to see how far behind us the line now stretched.  In typical fashion, the line took a break at the stairs of death and then resumed at the bottom to go around the corner.  I do not think they allow the line to go down the stairs any more but this was many years ago.  When I got back up to Mom, Mildred approached us and asked what line we were in.  We told her what line it was and directed her to the end of the line like we had done for many others.  She decided to hang out with us for a few minutes and strike up a conversation.  Mom and I are very friendly people.  We chatted with her for awhile and then the line started to move.  I honestly thought she was in the wrong line and was going to move on.  To our surprise, she stayed with my Mom and I.  We did not know what to do.  Do we tell her, rudely and forcefully to get to the back of the line of just let it go?  We let it go.  A few days later Mom and I were  in another line  and we saw her trying to pull the same thing on someone else.  They were not as kind as Mom and I were and told her to get to the back of the line.....she came to talk to us and we kind of ignored her.  Sorry,  Mildred,  you need to stand in the long ass line like everyone else.

Mom did not come the next year but there was Cutting Mildred AGAIN trying to cut in ine.  This time she brought with her some knitting needles.  Normally I could care less what others are doing in a panel room.  That being said, when you are in the back of a panel and it is kind of hard to hear, the clap-clap of knitting needles behind you is kind of annoying.  Again, she kept popping up in places that I was.  For awhile I thought she might be following me.  I do not think that she was, it was just coincidence but uggg.  Mildred is kind of like a wart.  You can get rid of the wart but then it can come back again.  The following year Mildred appeared and to my horror she was wearing a sling with a kid in it.  OH MY GOD!!! SHE PROCREATED!!!! AHHHHHHHHH WHY??????? 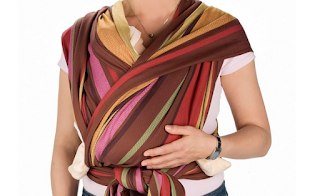 I have seen Cutting Mildred every year since the first and now I do not feel like it is a Con without seeing Cutting Mildred.  I hope she only procreated the one time though.
Posted by Femme of Fandom at 8:52 PM